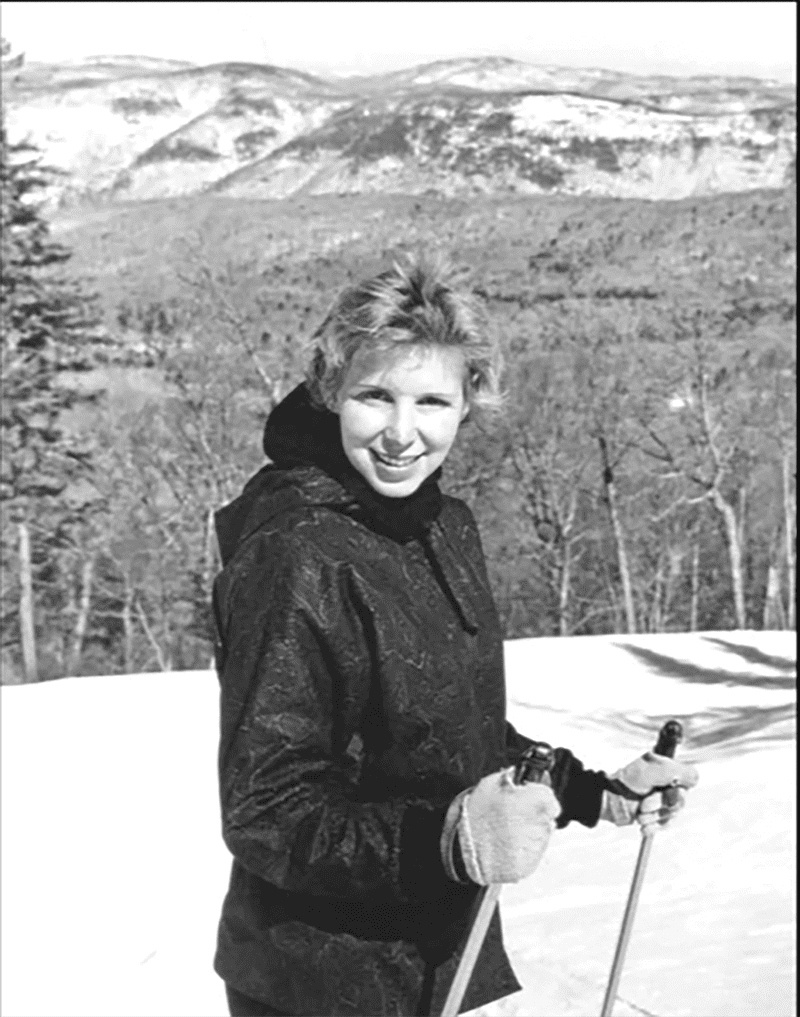 Women in Vermont skiing not as rare as elsewhere

The history of owning and operating ski areas is dominated by men. For a variety of reasons, including the era of ski area development being a time when ‘a woman’s place was in the home’, women have not figured prominently in the creation and/or operation of American ski areas.

Pico Mountain, one of the 30 oldest continuously operating ski resorts in the country, figures prominently in this trend, as do Killington and Okemo.

Several other areas in Vermont have also benefited from women making a difference with their contributions.

Feisty Janet Mead founded and operated Pico with her husband, Brad, in 1937, but ran it alone with help from Karl Acker and others after Brad’s untimely death in 1942. June Acker ran Pico with her husband Karl after their purchase in 1954 and continued after his death in 1958. Verleen Belden took care of the important accounting duties when she and her husband, Bruce, bought the area in 1964, remaining active until they were sold in 1987.

For 50 years, Pico has benefited from the active participation and leadership of women, which also included women in charge of the ski school and the ski shop. Along with the hundreds of women who supported children’s racing and learning programs through the active Pico Ski Club, women were an integral part of running Pico – and its reputation as a “family zone”.

Susanne “Sue” H. Smith was one of the great pioneering “first ladies” of Vermont’s ski resort development. As one of several co-founders of Killington along with her husband, Preston, she has played a varied and ongoing role in the development of the largest ski area in the East.

As the founder of the Sherburne Corporation, she served as a director and corporate secretary from 1956 until her death in 1995. In this capacity, she oversaw shareholder matters and served as secretary to the board of directors.

Sue Smith was indispensable for the many “little things” she did to help launch Killington. She started the first “lodging office,” operating out of the Smiths’ rustic farmhouse with part-time help. She stocked the first ski shop, did the accounting, and when someone ran out of supplies or needed to fix a chainsaw, she took care of those errands.

While “Pres” was busy building lifts and trails, she took phone calls and handled business details, including stock transfers. Even after the mountain opened up to skiing, it continued to welcome the many potential investors that Smith would bring home. She was an impressive promoter for the project and a talented, outgoing hostess who could graciously manage the house, children and business details at the same time.

An avid skier, Sue Smith wanted to guide the future of Killington in accordance with the 1968 master plan. Through her active participation, she helped run the ski area and the ski business, which became SKI Ltd. after a corporate restructuring in 1985 – and was, at the time, the largest publicly owned and listed ski company.

As a mother of two skiers, Sue often accompanied her children on race circuits in the United States and Europe. She also served on city committees with the goal of making Sherburne [the town prior being renamed Killington] a better place to live and raise children.

Virginia Cochran co-founded Cochran’s Ski Area with her husband, Mickey, when they bought a farm with a hill in the back in Richmond in 1961 so they could provide skiing for their children. The couple taught thousands of local children and adults to ski their tow hill and all four children went on to the USA Ski Team and were Olympians in the 1970s. (Barbara Ann won the gold in slalom at the 1972 Olympics.)

After Mickey’s death, Ginny’s vision for kids to ski led Cochran to become the nation’s first tax-exempt nonprofit ski resort in 1998. The North American Snowsports Journalists Association presented her with an award for her lifetime achievement in 2003, rightly noting: , first and foremost, a mother of skiers, a ski resort operator, a ski instructor, a supporter of American ski racing and a benefactor of skiing from Vermont.

Owners of the second domain

Truxton and Betsey Pratt purchased Mad River Glen from its founder in 1972. After his death (1975), she ran Mad River until she transferred ownership in 1995 to the Mad River Co-operative. She is famous for banning snowboarders and perpetuating founder Roland Palmedo’s independent spirit.

As Okemo’s second owner with her husband Tim (1982 – 2018), Diane Mueller was the sixth woman to operate an area of ​​Vermont with her husband. As “Director of Stuff”, a title she gave herself because she dislikes formal titles [hers formally was executive vice president]she was instrumental in the region’s focus on customer service, which helped propel Okemo to the No. 2 ski area in Vermont and the East in terms of annual skier visits.

In addition to participating in management meetings and decisions, she has been a leader in the development of children’s programs and employee training. She expanded Okemo’s culinary offerings and focused on guest services, keeping in mind what a family goes through to take a ski vacation.

Crediting her husband with “not being sexist”, Diane and Tim promoted several women to head a ski school, ski patrol, human resources, competitions and catering services in the 1980s .

In a breakthrough for women in the ski industry, Gloria Chadwick was hired as Big Sky’s marketing manager in 1971 and vice president of operations in preparation for the region’s opening in December 1973. Wanting to raise the challenged to help another region grow, Chadwick moved to Burke Mountain in northern Vermont, where she served as president and general manager from 1975 to 1983. As a solo leader of a community-focused region , she secured a snowmaking grant and spearheaded long-term expansion plans for the area.

Others also inducted: Susan Plausteiner, who was chief financial officer and owner of Ascutney Mountain Resort with her husband Stephen’s family from 1993 to 2010, and Kelly Pawlak, who was chief executive of Mount Snow for 13 years. . These women played important roles that helped make the ski industry one of Vermont’s oldest industries. As such, it is important to the state’s economy, contributing $1.5 billion annually and 25,000 direct and indirect jobs. Vermont is now the No. 4 ski state by skier visits – after Colorado, California and Utah.

As the ski industry has changed and moved into the era of modern service-oriented ski resorts, many more women have joined and discovered more career and leadership opportunities. in mountain resorts open all year round.

Editor’s Note: Look for a related article titled “Careers in the ski industry aren’t just for men” in next week’s edition.

1,900 wealth advisors offer you financial solutions to manage your wealth