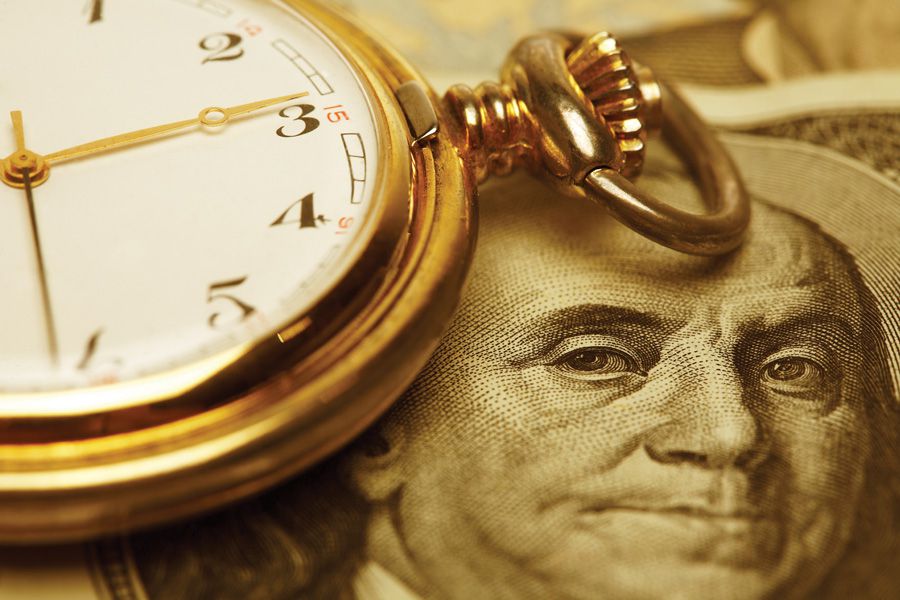 The ultra-rich have a tax problem: not knowing when to sell

Joan Crain’s job is to guide the rich through complicated financial decisions where mistakes can cost millions of dollars. This task is proving particularly tricky now thanks to the tax plan proposed by Joe Biden and the lack of clarity on what Democrats will adopt.

Wealthy Americans and their advisers have known taxes could rise at least since January, when Democrats won two Senate elections in Georgia, giving them effective control of both houses of Congress.

Now lawmakers are pushing to raise taxes for Americans earning more than $ 400,000, with proposals that raise rates on corporations and capital gains. They are also looking to increase funding for the Internal Revenue Service and fill a variety of gaps that millionaires and billionaires have come to rely on.

What is still open, however – and will remain uncertain until President Biden signs a bill, or the whole effort collapses in Congress – is almost everything to do with the tax package, including rates ultimately set by the Democrats and even when its various provisions go into effect. This makes it especially difficult for wealth advisers to understand exactly how Democrats could force the rich to pay more.

â€œWe need to look at each client to see where they will be tax vulnerable going forward,â€ Crain said.

In April, Biden and the White House presented a plan, which alarmed the super rich with a proposal to almost double their tax rate on long-term capital gains – to the level that wage income pays – while demanding that taxes on these earnings be paid. before the assets are inherited.

Then a House plan approved by the Ways and Means Committee this month scrapped that idea, simply proposing to increase the rate of surplus to 25%, instead of 20%. But, after breathing a sigh of relief, the wealthy advisers soon realized that the bill contained language that would kill off some of the most popular ways for the richest 0.1% to legally circumvent taxes.

The proposal would block trusts and other techniques used to circumvent the inheritance and gift tax, which is a 40% levy on the transfer of large fortunes from generation to generation. It would also cut a lucrative tax break that mostly benefits Silicon Valley and tighten rules on wealthy Americans’ individual retirement accounts, or IRAs.

Democrats are divided over how quickly they want to get this bill through Congress. Some progressive lawmakers are arguing for a House vote as early as this week. Moderate Democrats, including West Virginia Senator Joe Manchin, said negotiations should not be rushed and could last until 2022. Many congressional experts expect the bill to pass right before the Christmas holidays, a date that has historically served as a motivational deadline. for lawmakers to come to an agreement so they can return home to celebrate with their families.

For advisers executing sophisticated tax avoidance strategies, the details matter. The same is true when changes are implemented. The White House plan called for raising capital gains rates from the date of the announcement – at the end of April – a retroactive increase that would have meant wealthy investors owed almost twice as much on transactions executed in May than in March.

Then the House proposal moved its more modest capital gains hike to start after September 13. Other tax provisions in the bill had different effective dates, including the day they came into force and the end of the year. There is no guarantee that these dates will remain in the final legislation.

Clarity on the timing of tax hikes would make them easier to avoid. If investors know that taxes will go up in the future, they can rush to sell now.

â€œIt looks like they’re trying to create paralysis, so people just don’t do anything,â€ said Jeremiah Barlow, manager of family wealth management services at Mercer Advisors. He believes there is a 50-50 chance that the effective date of the capital gains hike will be pushed back to later in the year as negotiations on the package expand.

The issue of effective dates is particularly important for people already in the midst of large transactions that would trigger capital gains. For clients about to sell a business, for example, the best advice may be to hurry up and hope your transaction falls below the lowest tax rate, Barlow said. “Either the rate is going to go up, or you’re going to have the windfall in going down.”

The threat of a tax hike is pushing some wealthy Americans to act. Multibillion-dollar business owners have ramped up their plans to sell, advisers say, hoping the deals will be completed in time to avoid tax hikes. Other high net worth investors are exploring niche strategies, including one called private placement life insurance, which are designed to avoid taxes on future earnings.

In some cases, rushing can be a mistake. White House and White House legislation would raise the highest regular rate to pre-2018 level, to 39.6%, from 37% at year-end. The House bill would also add a 3% surtax on income over $ 5 million next year. If these and other tax increases go into effect in 2022, it might be tempting to try and pay the IRS more this year so as to reduce tax bills in future years.

Strategies for doing this include accelerating the company’s income, deferring charitable contributions and other deductions to future years, or transferring money from traditional IRAs to tax-free Roth accounts.

But all of these moves could backfire on you. Taxes might not increase as much as expected – or not happen at all. The House bill includes a $ 10 million cap on Roth IRAs, and Democrats have previously discussed limiting the total amount of rich taxpayer deductions.

â€œI wouldn’t make big moves in a customer account until the final ink is dry,â€ said Dana D’Auria, Co-Director of Investments at Envestnet. â€œWe know the package is probably reduced. You could have last minute amendments that change the picture.

However, when it comes to planning to avoid inheritance and gift taxes, tax advisers urge clients not to be complacent. House legislation would take the lifetime exemption – the amount that can be transferred to heirs tax-free, currently $ 23.4 million for married couples – and cut it in half. What is even more disturbing for wealthy families is that the bill targets most ways to avoid inheritance tax entirely, paying out millions and billions of dollars more to heirs duty-free. ‘tax.

In the House bill, the new rules only apply to trusts â€œcreated on the dateâ€ on which the bill becomes law. The lifetime exemption would drop after December 31. This gives the rich an increasingly reduced opportunity to transfer as much of their wealth to heirs as possible. It’s a strategy that property planners have urged their clients on for the past two years, as it looked like Democrats could take back control of Washington. If Congress does nothing this year, the lifetime exemption is expected to drop further by the end of 2025.

Even though the rich don’t know exactly what to do, advisers say they’re asking clients to create trusts and prepare other documents. If major changes are implemented at the end of the year or even sooner, the country’s estate tax experts simply won’t have time to help every wealthy person respond in time.

â€œWe’re going to be horribly busy by the end of the year,â€ said Richard Levine, special advisor to the Private Client and Tax team at the law firm Withers. â€œThat’s why I shouted to all my clients, ‘You should have done this this summer. I know you didn’t like the idea of â€‹â€‹paying legal fees in uncertain times. But now we’re all going to be so overwhelmed.