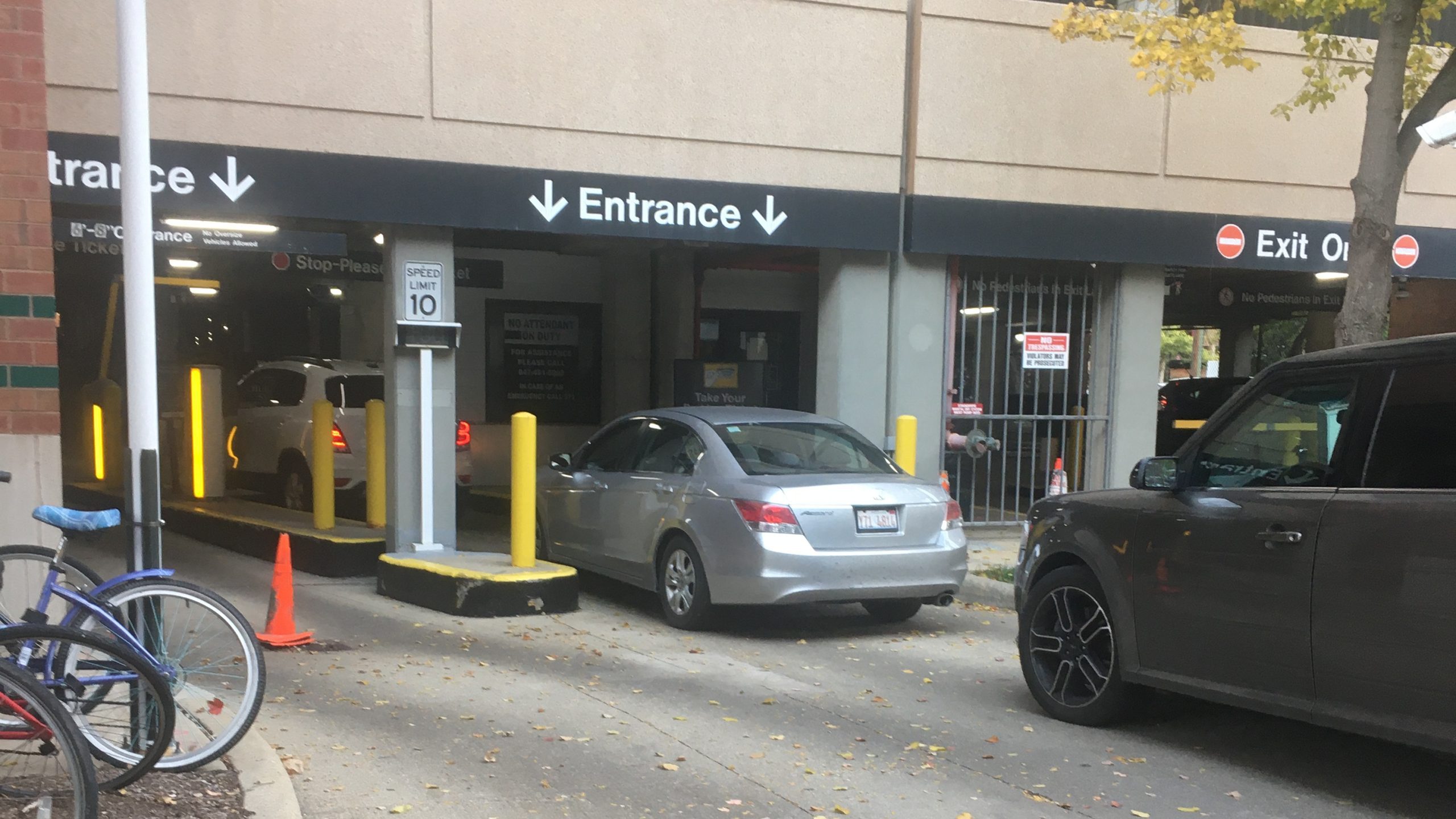 Evanston City Council members on November 8 proposed to end the long-standing practice of providing the first hour of free parking in city-center parking lots, starting January 1, despite the criticism from some board members as well as from the group that represents many local businesses.

Council members voted in favor of the change on Monday, choosing to maintain free parking in garages on Sundays – for now.

Council member Clare Kelly, whose 1st Ward includes part of the downtown core, was one of those speaking out against the changes in council and committee discussions.

â€œI think now is absolutely not the right time to do this when we come out of COVID and try to support local businesses,â€ Kelly said. “Now is not the time to give another reason for people to decide to go elsewhere to park or avoid our downtown area.”

The first hour of free parking in garages has been in place for years. Authorities had used the policy as an incentive for shoppers to park in public garages rather than on the street.

A proposed fee of $ 1 for the first hour of parking in garages would generate an additional $ 366,000 in revenue, based on this year’s numbers, estimated parking manager Michael Rivera.

If the pre-pandemic figures from 2019 are used, that estimate would climb to more than $ 700,000 in revenue for the city, he said.

The proposal was not part of a “fancy plan,” Rivera told the council.

He was responding to a comment from Ninth Ward Council member Cicely Fleming who said officials appeared to be playing ‘ping pong’ with the recommended changes, after agreeing to drop the Sunday parking app a few years earlier. .

Rivera said part of the revenue will go to climate action and resilience plan projects, including installing more electric vehicle chargers in garages.

In addition, the funds can be used for necessary repairs for the garages themselves, he said.

In addition, part of the money could be used for another program presented for consideration at the meeting: the proposed parking meter zones program. would focus on certain under-utilized spaces across town, reducing charges in some places from $ 2 an hour to 50 cents an hour or extending the maximum parking time from 2 to 4 hours to 12 hours.

During discussions at the Council Administration and Public Works Committee as well as later at Council, several Council members spoke in favor of the proposal to charge a $ 1 fee for the first hour for parking in public areas. garages from Monday to Saturday.

Council member Devon Reid, 8th District, said he wished he could find a way to support all of the staff’s initial proposal, including billing on Sundays.

He said that if this decision made it possible to finance improved parking systems through the city’s Parking Fund – “as opposed to transferring to various parts of the department, I think it will make a lot of sense. “.

He also highlighted the aspect of the plan that would use part of the funds to reduce meter rates in underutilized spaces throughout the city. â€œYes, they are underutilized,â€ he said. “But they can get more used with these lower parking rates.”

Council member Melissa Wynne, 3rd Borough, former head of the city’s transport and parking committee, expressed her appreciation for Rivera’s innovation by proposing a plan “to make sure our parking structures are still standing.” .

She joined other council members, she said, in wanting to keep free Sunday parking in garages. â€œBut I’m also ready to entertain the idea that we’re charging $ 1 for the first hour,â€ she said. “And I think that would still be a good deal for a lot of people and would facilitate remarkably high usage.”

But in committee as well as during the citizen comment period, speakers drew comparisons to the nearby town of Wilmette, where visitors can pull up in parking lots near restaurants and dine while parking for free.

Evanston “shoots himself in the foot,” Eric Paset, owner of downtown North Shore Apartments & Condos, said during a public comment.

Speaking on the virtual connection for the meeting, he suggested that the city go the other way and halve the current downtown meter rate of $ 2 an hour and thus help the troubled restaurant community.

â€œI know it can make it look like you’re going to lose income,â€ he told board members. â€œBut on the other hand, you know we get a lot of tourist tax from restaurants. I think we would pick it up with a shovel with more people there. “

â€œI mean, when my wife and I went to downtown Wilmette on Thursday night, you couldn’t sit in a restaurant,â€ he said.

Annie Coakley, executive director of the Downtown Evanston organization, which provides marketing and management services to businesses in the area, addressed the proposal to eliminate free parking during the first hour Monday through Saturday as well as the proposal to end free parking in garages on Sundays, which later failed to advance.

The downtown organization recognizes the financial loss the city has suffered due to a decline in parking over the past few years, â€the Coakley statement read.

“We do not agree that the elimination of free parking will have a long term benefit and we know that this will have a negative impact on local businesses which have also experienced enormous financial difficulties,” he said. she declared.

â€œThe one-hour free parking and free Sunday parking encourage downtown visitors to support these local businesses. Staff in downtown Evanston hear from businesses, residents and visitors every week, if not every day, about parking issues. More recently, we constantly hear that everyone is shopping and dining at Wilmette because there is free parking. While we recognize this compares apples to oranges, the free parking is attractive and the city should not be removing any of the free parking lots currently available.

â€œIn the long term, eliminating free parking could deter residents and visitors from viewing downtown as their first choice for shopping and dining. Conversely, it could deter new businesses from seeing downtown Evanston as a place to open the store. While these changes may provide short-term financial gain for the city, they will have a long-term negative impact on downtown businesses.

No comparison, say some board members

Council Members Peter Braithwaite, 2nd Ward; Wynne and Reid all took issue with the comparison with Wilmette over the course of the evening.

â€œI want to point out that there is a huge difference between our downtown area and Wilmette,â€ said Wynne. â€œThey don’t have parking structures, they don’t have big office buildings that force people to find a place to park. And that makes a significant difference. “

Plus, she said, â€œThere’s not much to do in Wilmette other than dinner. So their downtown area is not doing particularly well. So I understand that we have to be sensitive to this and understand what happened, what we should be doing. But I think we need to keep charging for parking because if we make it free it [the garages] will fill up at 6 a.m.