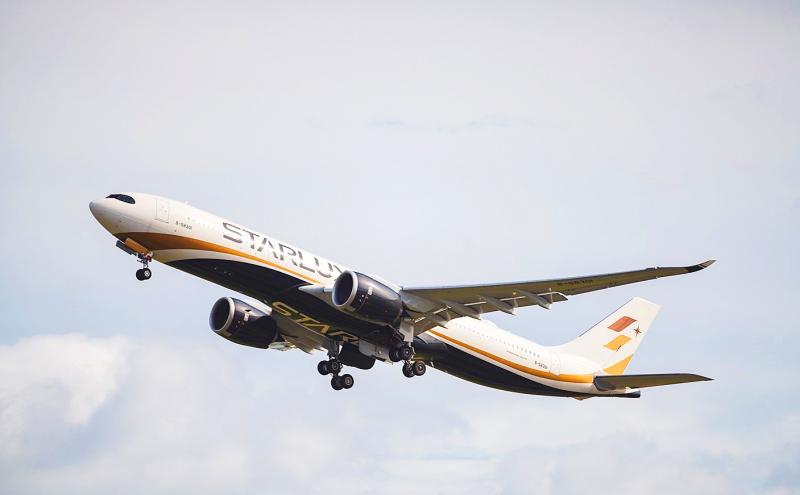 StarLux Airlines Co (星宇航空) is due to launch services from Taoyuan to Singapore later this month and plans to offer more weekly flights to Southeast Asia as it expects a rebound in travel demand, the carrier said Friday.

StarLux is optimistic that international travel will resume in the second half of the year as Taiwan has begun to ease COVID-19 border controls, chief executive Glenn Chai (翟健華) said.

The airline wants to offer more flights to meet growing demand, he added.

The carrier is to offer three flights a week from Taiwan Taoyuan International Airport to Singapore Changi Airport, as the city-state has long been a popular destination for Taiwanese business travelers and tourists, the company said. airline, adding that a fourth weekly service would be added. next month.

The airline also plans to increase the number of weekly flights to Kuala Lumpur and Penang, Malaysia, as well as Bangkok, Manila and Ho Chi Minh City next month, while later this year it would launch services from Taoyuan in Osaka, Japan.

StarLux has two Airbus 330neo jumbo jets to serve routes to Thailand and Ho Chi Minh City, and would also use them for flights to Singapore and Osaka, it said.

The carrier received its ninth Airbus 321neo this month and plans to take delivery of two new Airbus 330neos by the end of the year, it said.

While other airlines have turned to air cargo services to make up for lost passenger revenue during the COVID-19 pandemic, StarLux’s cargo capacity remains limited. It recorded a net loss of NT$1.22 billion ($40.78 million) in the first quarter of the year, the worst among its local peers.

It has recorded net losses of NT$8.15 billion since it began operations in 2020.

Comments will be moderated. Keep comments relevant to the article. Remarks containing abusive and obscene language, personal attacks of any kind or promotion will be removed and the user banned. The final decision will be at the discretion of the Taipei Times.