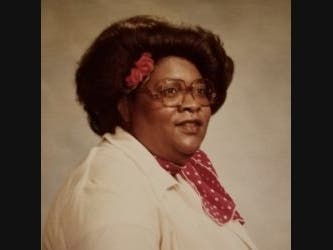 WEST HAVEN, CT – (From Colonial Funeral Home) Joyce Lewis left this life and entered into eternal rest on Wednesday, March 23, 2022 at Yale New Haven Hospital. She was born on November 7, 1942 to the late Maxine Jarrett and Virgil Rattliff in Crenshaw, Mississippi.

Joyce attended Crenshaw Public Schools and graduated in 1959. She met and married Jack Lewis Jr in July 1970 and remained married until his death in 2004. She attended Brooklyn University, New York and moved to New Haven, Connecticut, where she ended up in Albertus. Magnus College with three bachelor’s degrees in office management, business administration and bookkeeping.

Subsequently, she worked at the New Haven Housing Authority for 35 years as a case manager assisting community members with social and housing programs until her retirement.

Upon her retirement, she spent more time with her family and became the family matriarch; hosting gatherings and various family functions at her home in West Haven.

She is survived by two sons; Lensey and Gary Lewis; three daughters, Monica Moore, Hyvillia and Samantha Lewis; 21 grandchildren; 25 great-grandparents; 10 referrals; 10 great-god children; a host of nieces and nephews; great-nieces and nephews; and two special nephews Jesse Holman and Charlie Williams and; a host of cousins ​​and friends whom she loved dearly.

She was predeceased by her beloved husband Jack Lewis Jr, her two siblings, Maxie May and Vernon and her two sons Jack III and Brandon.

Joyce was loved by many and will be greatly missed.

Services used to take place before.