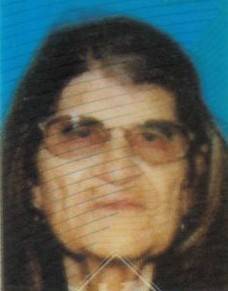 REYNOLDSBURG, Ohio – James Hibbard Smith, 82, of Reynoldsburg and formerly of Maysville, died of a brief illness on August 18, 2021.

He was born on December 23, 1938, the third of five sons of the late Cora Belle Hibbard Smith and Herbert Roger Smith of Ashland.

He was predeceased by his brother Walter and his stepmother Norma Heberle.

Jim attended school in Ashland until Grade 11 before transferring to Fort Lauderdale High School. He loved to report that his rank in his class had improved by several places after moving from the small high school in Ashland to the much larger high school in Fort Lauderdale, and he awarded his acceptance and scholarship from the University of Chicago. to this move. He has remained a proud honorary member of Ashland High School, Class of 1956, and has attended many meetings over the decades.

He received a Bachelor of Liberal Arts in 1961, and in 1962, an MBA in Accounting from the University of Chicago, and later, in January 1987, a JD from John Marshall Law School. in Chicago. When asked why the law degree, he replied “for fun”.

A self-proclaimed “man of numbers”, Jim has worked as a CPA in several capacities throughout his career. He started his career in Chicago where he was an accountant and accounting supervisor at Ernst & Ernst, then CFO at COE Dental Laboratories where he also began his involvement with the CAL-LAB Dental Manufacturing Association of which he became the executive director, a position he held enjoyed for decades. He then became CFO at DenMat in Santa Maria, California.

Tired of the corporate world, he decided to buy a small CPA firm in Maysville, where he provided tax accounting and bookkeeping services to hundreds of clients and audit services to dozens. public entities and non-profit organizations. He was dedicated to serving his clients, many of whom also became his friends. He was tireless as an auditor and gradually built his successful and rewarding practice through hard work, an impeccable reputation, unwavering courtesy, and the good fortune that enables these traits to translate into success.

Jim was also a master of time management and multitasking, which allowed him to enthusiastically pursue his outdoor passions. He loved his job, his family, classical music, hiking, traveling and windsurfing. Jim was cautious and deliberate in most of his life choices, but when he met Christine he let it go, sold his CPA practice and house, and moved to Reynoldsburg. Chris and Jim married in Niagara Falls in 2005 and indulged in their mutual love for family, music, art, hiking, travel, and each other for the next 15 years. Almost everything they enjoyed, they enjoyed together. Jim devoted his energy to planning their trips, and there was always a future to look forward to, as well as some wonderful memories.

Jim eagerly embraced Christine’s large family and they became his. He enjoyed the role of Grandfather for his three grandsons and Grandfather Jim for that of Christine, who eventually numbered nine. Everyone was special to him and he participated as much as possible in their lives. He felt a unique bond with each grandchild, and they enriched his life immeasurably.

As a husband and father, Jim was easy to love, eager to be loved, decidedly optimistic, energetic, and full of dreams. As a person he was dignified, respected and respectful, honest, kind, a little shy and very generous. Jim was a gentleman and a gentle man. Jim was more than happy, he was delighted with his life and considered himself a very lucky man.

Jim needed to take immunosuppressive drugs for his autoimmune diseases. He died after 11 days in a good hospital receiving the best care available because his immunocompromised body could not defend itself against the pneumonia ravaging his lungs. In light of this, and because his grieving family includes other immunocompromised and vulnerable members, the family demands that all over the age of 12 who wish to join them in the services and celebration of Jim’s life be fully vaccinated and asymptomatic, and wear a mask to protect others from asymptomatic spread. Immunized family and friends are invited to visit Jim’s family from 2 p.m. to 3 p.m. Saturday, August 28 at Cotner Funeral Home, 7369 E. Main St. in Reynoldsburg, where a memorial service will follow at 3 p.m. . Services will be available through Zoom for those who cannot be present in person for any reason. Please contact Jim’s family for instructions.

Messages can be sent for Jim’s family by visiting www.cotnerfuneralhome.com.

Botkeeper recognized as one of the top 100 AIFinTech companies | State

Every entrepreneur should know accounting