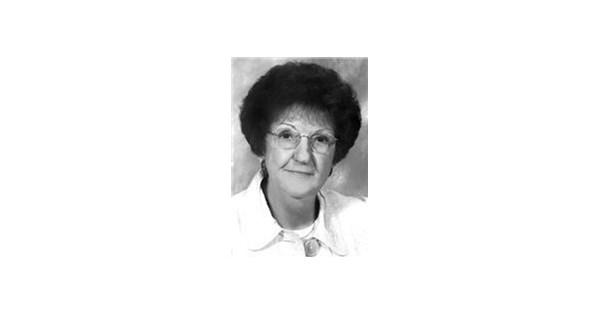 The funeral of Margaret “Frances” Simpson, 91, of Piedmont will be held on Monday, January 24, 2022 at 11:00 a.m. at the Thompson Funeral Home with the Reverend Charles Thomas officiating. Interment will follow at Highland Cemetery. The family will receive friends one hour before the service. Ms. Simpson died Thursday, January 20, 2022 at Piedmont Healthcare Center. Ms. Simpson has been a lifelong resident of Calhoun County, graduated from Spring Garden High School and attended Jacksonville State University. She began her professional career at Lawtex Manufacturing in the field of accounting and later held a health care position at Piedmont Hospital. She worked in the medical records department as the cancer registrar at Piedmont Hospital and Kennestone Hospital in Marietta, Georgia. After retiring from Kennestone, Ms. Simpson worked in the human resources department of Bostrom Seating in Piedmont. She loved all of her places of work and made countless friends along the way. Everyone knew her as Mrs. Frances and she loved it. Ms Simpson approached work and personal responsibilities with vigor and determination to do the best job she could do and never stopped until just a few years ago when her health began to decline. She taught her family that you can accomplish a lot with a strong work ethic and being nice and kind to everyone. She will also be remembered for keeping her home and property in immaculate order with pleasure in the process. She loved her family very much and enjoyed spending time with each of them. She was known as “Mama” by her grandchildren and she will be greatly missed. Ms Simpson attended the Methodist Congregational Church and enjoyed traveling with her family to the beach, attending the Rockettes and other musical concerts. She is survived by one daughter, Janet Harper and son-in-law, Rick Harper of Glencoe, Alabama, two grandchildren, Jessica Kerr (Robert) of Augusta, Georgia, and Alex Harper (Candace) of Jacksonville, one sister, Pamela Prater Gilley of Piedmont, sister-in-law Jennie Vee Prater, five great-grandchildren, Mallory Hendrickson, Hayes Hendrickson, Brycen Kerr, Linley Kerr and Collier Kerr of Augusta, Georgia, nephews, Kaylon Gilley of Franklin, Tennessee, Randall Prater ( Kim) of Spring Garden, Alabama, his niece, Jennifer Cofield (Chris) of Wellborn, and his great-nieces and nephews, Macon Cofield, Jacob Cofield, Jay Prater (Hannah) and Sawyer Prater, and his special grandson to fur, Barney. A special note of love and appreciation to her favorite cousin, Shirlee Ehlers, who spoke to her every week without fail for many years. There are not enough words to express the joy these calls have brought her. Also a special note of love and appreciation to Martha Garmon who was her hairstylist for many, many years. She looked forward to every date and opportunity to speak with Martha. Thank you to Legacy Village in Jacksonville and Piedmont Healthcare/Rehab for all the love and care she received during her illness. She was predeceased by her husband, Kyle Simpson, her parents, Jesse Hershel and Gertie Mae Prater; brother, Charles Prater, and brother-in-law, Rickey Gilley. The bearers will be Rick Harper, Alex Harper, Robert Kerr, Kaylon Gilley, Randall Prater and Scotty Grimes. Flowers may be sent or memorial contributions may be made to The Methodist Congregational Church, Piedmont, Alabama.

To plant trees in memory, please visit the sympathy store.