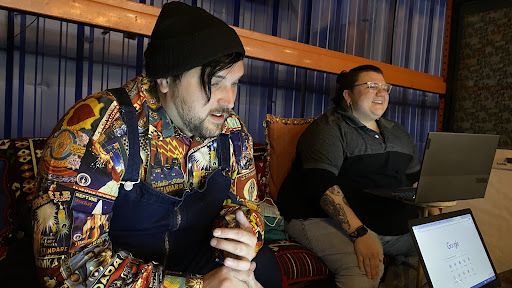 LOUISVILLE, Ky. – Members of the Louisville LGBTQ community will soon have a safe space to meet again.

The CommTen Center has not operated since the 1980s. It has provided crisis line and cultural educational programs for LGBTQ people.

JR Campbell is the president of Louisville Trans Men, a volunteer support group for people assigned to a woman at birth but who identify with masculinity.

â€œHe’s seen a lot of different iterations and helped a lot of people along the way,â€ Campbell said.

Since the organization does not have a permanent physical location, Campbell’s workplace is not the typical office. Sometimes it’s his house, a cafe, or any place with Wi-Fi.

“We had a little trouble keeping up with everyone, as well as having even a space big enough for everyone to come together to safely distance each other socially, and even to route physical mail to a location for just being able to work, â€says Campbell.

Louisville has not had a dedicated community center for LGBTQ people for over 30 years, but things are about to change as years of planning and work finally come to life.

The Louisville Pride Foundation is opening an LGBTQ community center on the second and third floors of the Asia Institute – Crane House.

The Louisville Pride Foundation and the Asia Institute – Crane House have teamed up to organize a COVID-19 vaccination campaign.

Louisville Pride Foundation executive director Mike Slaton said the centre’s initial goal would be threefold: to create a safe space, close the service gap, and provide support to existing LGBTQ organizations that are making a difference.

â€œMaybe they need a place to meet or a place to have their mail delivered or help with bookkeeping, or all those administrative tasks that take a lot of work for non-profit organizations. lucrative, so we want to be sort of a grassroots organization, â€Slaton said.

His colleague Julian Adams is also an active advocate for LGBTQ.

Adams is the executive director of Drag Queen Storytime which offers programming for LGBT youth.

Adams is excited about possible partnerships with the community center.

â€œI’m excited about the possible partnerships with the community center, the ability to do readings and also provide content to the community,â€ says Adam. â€œRealizing that we may have all been this young individual hiding under our covers with our flashlights reading LGBT literature, I think if we have more resources for the LGBT community it will become stronger and more educated. .

Adams believes the center will be a driving force in this progress.

â€œFinding out more about Stonewall and how important it is, and learning about trans rights and how important these things are, and making sure that we’re really really inclusive and really looking for the equity between us in our community will really allow us to truly thrive as a community, â€says Adam. â€œWhen we thrive as a community, we can move forward and come up with better legislation, vote for better community programming, and create a whole generation of individuals who have been made aware of the dangers of being gay by America.

In a few months, what some have only imagined will soon be a reality.

â€œIt hasn’t been around since the 1980s, so for a lot of people here, some of us weren’t even born before that, so we’ve spent our entire lives until now without having some form of community center to. LGBT people, so I think that’s going to be a game-changer here locally, â€says Campbell.

â€œBefore Sweet Evening Breeze resided in space it was once used as a dental office, so there is a lot of room for creativity as we develop the use for the operation,â€ said Glenn Martin, Director executive of Sweet Evening Breeze. â€œLike LPF, we’ll need to update the space a bit, add some furniture and some of our own finishing touches. Once we make it ours, we’ll be ready for full operation. By then, we also plan to open with limited access and programming in the first few months, but will gradually transition to full operation as we move into the new year. â€

The organization has also found a house where they will provide shelter. They will be located at 801 Barret Avenue in the Highlands Professional Plaza building.

â€œWe see our two organizations as partners offering a complementary set of services, programs and events for the community. We will work closely together and believe that the entire community will benefit from the opening of these two facilities, â€said Slaton.