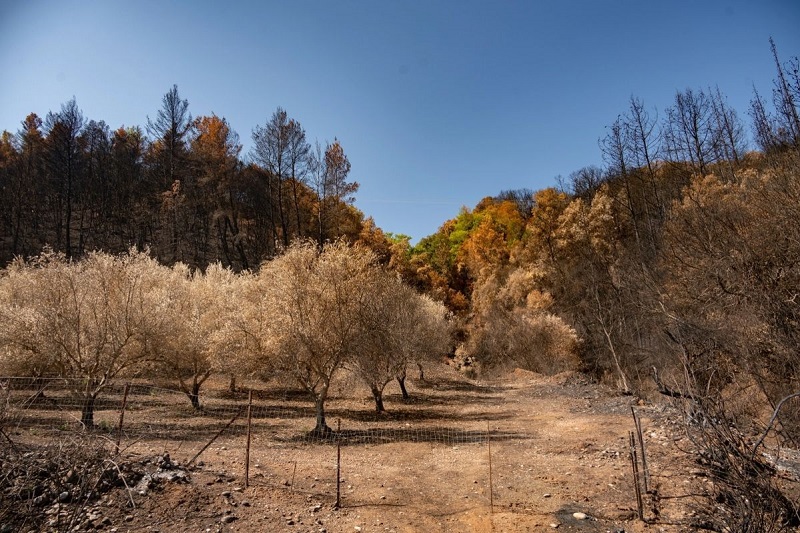 A new global initiative has recently been launched to help restore the birthplace of the Olympic Games at ancient Olympia, where 450,000 olive trees were destroyed by catastrophic fires last summer.

Last summer, Greece experienced one of the worst environmental disasters caused by climate change in its history. Catastrophic fires, stoked by record temperatures, have scorched more than 250,000 acres across the country, destroying forests, farms and entire villages.

To put that into perspective, the scale of the devastation is equivalent to destroying an area the size of all of New York City (Manhattan, Bronx, Brooklyn, Queens, Staten Island) and most of Long Island. .

The World Heritage site of Ancient Olympia, where the first Olympic Games were held, lost 450,000 olive trees in these devastating fires. Thousands of farmers lost their livelihoods as a result.

To counter the devastation, a new global initiative has been launched to restore the birthplace of the Olympic Games and offer a message of hope to those who lost everything in the fires, one tree at a time.

Olympia is a globally recognized symbol of human excellence. The preservation of Olympia will ensure that the rich history and universal human values ​​upon which the site was built will be passed on to future generations.

“The Olympia Trees Project” was created to help regenerate the land and support local farmers by replanting 100,000 olive trees. This multinational effort invites everyone – organizations and individuals – to plant an olive tree in ancient Olympia.

Each tree could have a lifespan of several thousand years. We can all plant a tree to celebrate the upcoming 2022 Winter Olympics, to honor a loved one, or to commemorate a special occasion.

The Arete Fund, a California-based 501(c)3 nonprofit organization founded by Dianne Tittle de Laet, the daughter of NFL Hall of Fame quarterback YA Tittle, is spearheading the efforts fundraising in the United States.

The Olympics inspire us to solve problems in friendship and solidarity. They inspire us to build bridges. Having witnessed the devastating wildfires in her home state of California, de Laet was passionate to lend her support, partnering with Western Greece Regional Governor Nektarios Farmakis and Yanos Gramatidis of Bahas Law Firm Gramatidis. & Partners, to raise awareness in the United States and encourage other Americans to help.

Thanks to the tremendous support of individual and corporate donors, the campaign has already raised $360,000 since October. This is enough to treat the soil and purchase and replant 45,000 trees, nearly half of the overall goal.

The Olympia Trees Project is still counting on your support to bridge the gap before planting season; their deadline is March 2022.

The olive tree is a global symbol of peace and unity. It is a symbol of the Olympic ideal. It links the Greeks to their traditions, their roots and their values. The olive tree is also an economic necessity. For countless generations, families in Greece and across the Mediterranean have relied on the olive tree for their livelihood.

Each tree is only $5.00 to buy directly from the supplier. For those who help plant trees for Greece, 100% of their tax-deductible donation will go directly to repairing damaged soil and buying and replanting trees.

You can find information on how to donate atThe Olympia Trees Project website.

The campaign’s goal is to make the donation process as transparent and efficient as possible. The Arete Fund will purchase the olive trees directly from suppliers and provide them to the Ministry of Western Greece for distribution and planting. The audit and distribution accounting services will be provided by the chartered accounting firm RSM pro bono.

Each donor will receive a letter of appreciation from Governor Farmakis along with a photo of the land that benefited from the contribution.

The project is also supported by the office of the Secretary General of the Greek Prime Minister and the Greek Ministry of Finance. Corporate donors include Johnson & Johnson, AVIS, Ernst & Young and Deloitte, among others.

Taxes along the electoral campaign