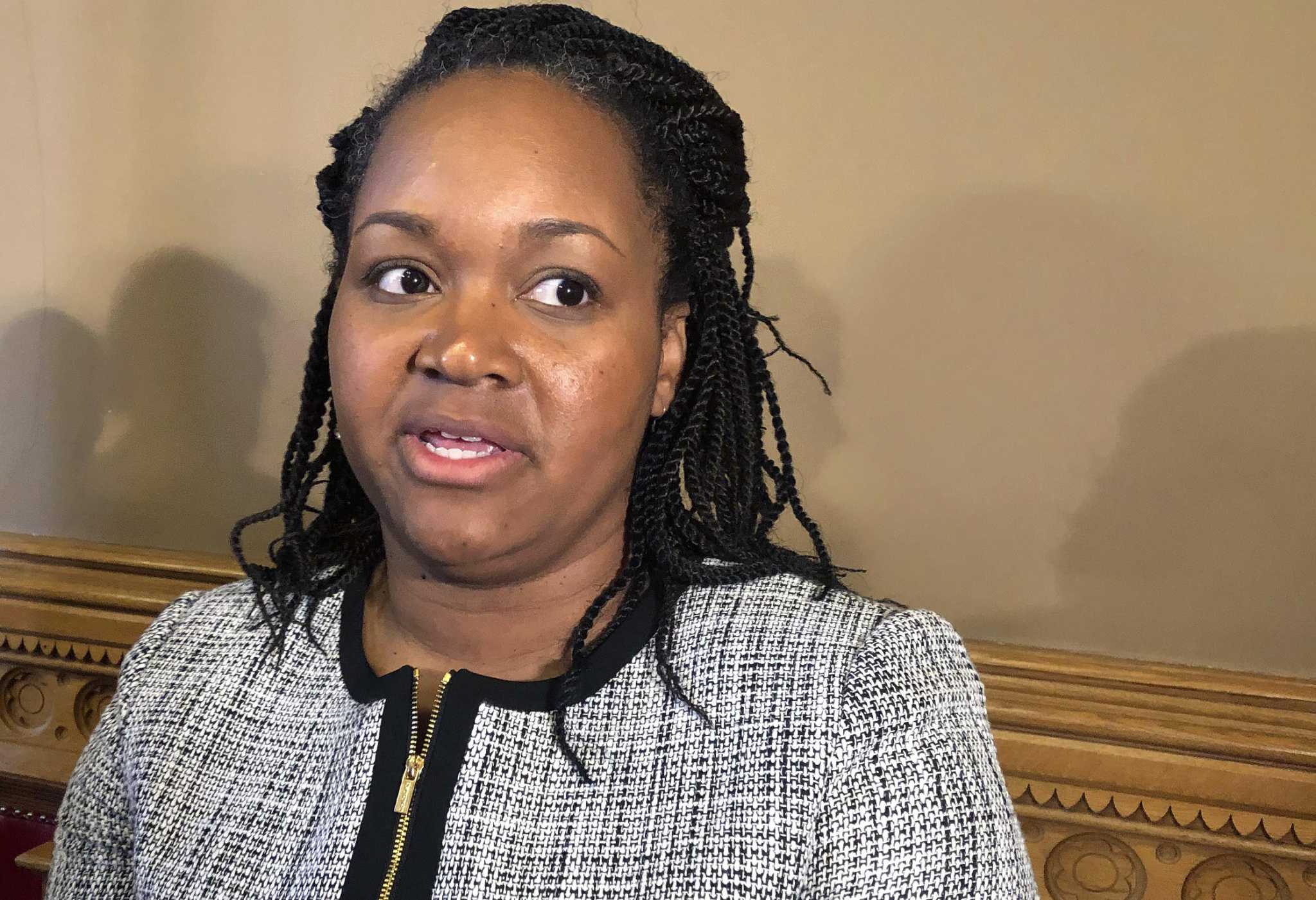 Gov. Ned Lamont will announce Friday afternoon that Melissa McCaw, his budget chief as secretary of the state Office of Policy and Management, will step down from that position immediately, according to multiple sources familiar with the plans.

It was unclear Thursday night whether Lamont was firing McCaw for his involvement in school construction issues that are now the subject of a federal criminal investigation; or if McCaw resigned under pressure.

The State Office of School Construction Grants and Review was under McCaw’s OPM from November 2019 until October 28, 2021, when that office’s director, Konstantinos “Kosta” Diamantis, retired instead. than to accept a suspension ordered by Lamont. That day, Lamont also fired Diamantis from his role as McCaw’s first deputy.

A federal investigation into allegations of outsourcing issues at that office was announced Feb. 2, with the release of a state investigation by outside attorneys, ordered by Lamont, into possible nepotism in hiring. of Diamantis’ daughter by Chief Prosecutor Richard Colangelo Jr..

Colangelo announced his retirement a week after this report was published.

McCaw was not involved in this report and there have been no public allegations that she acted improperly in school contracting issues.

Officials in several cities and towns alleged that Diamantis or a member of his staff improperly coerced or urged them to hire certain construction companies, including one that employed his daughter; and that his office directed work to favored contractors. Diamantis denied any wrongdoing and said his actions saved taxpayers money.

In an interview published on Monday, McCaw told CT Mirror’s Mark Pazniokas that she was not aware of any allegations of piloting.

Despite mounting pressure, including from fellow Democrats, Lamont backed McCaw. He said on February 16, just before heading to Israel for a week-long economic development mission, that he was confident in his ability to lead the state policy and budget office. Lamont returned from Israel Thursday morning and made no public appearances.

Friction between McCaw and Lamont’s office has been evident since Diamantis left. The former Bristol lawmaker told CT Mirror’s Mark Pazniokas the night Lamont fired him that Lamont’s chief of staff and chief operating officer had disrespected McCaw.

McCaw, opening his annual presentation of the governor’s proposed budget on Feb. 9, addressed the friction.

“It’s not easy to work professionally at such a high level that has been dominated by white men,” McCaw, who is black, said during the online presentation. “And while I can’t say the same for everyone in this administration, I want you to know that Governor Lamont and I have always had a strong and close working relationship based on mutual trust and mutual respect. . I am so grateful to the Governor for giving me the opportunity to lead the Office of Policy and Management and have a real impact on our state.

One possible explanation for the bad feelings: Unlike some previous governors who granted their OPM secretaries sweeping powers over state agencies, Lamont created a new chief operating officer position in addition to maintaining a powerful chief of staff, and gave some commissioners extensive authority over areas such as health, infrastructure and economic growth.

Republicans have clung to the issue of ethics in state government as the theme of this year’s gubernatorial campaign — a likely rematch between Lamont and 2018 GOP nominee Bob Stefanowski — using the survey of the school building office as a centerpiece. Lamont responded that he has taken and will continue to take swift action, including firing Diamantis and pressuring Colangelo to resign, in what the governor calls a “zero tolerance” stance.

On Thursday morning, House Republicans called for an investigation into the Office of School Contracts, and state contracts as a whole, by the General Assembly — a decision Lamont said is fine with him.

Separately, the State Department of Administrative Services continues to investigate and reform the Office of School Contracts, which moved from DAS to OPM at McCaw’s insistence in 2019, and back to DAS the following day. of Diamantis’ retirement. The Lamont administration has used outside auditors to review contracts for the past five years, an official said Thursday.

McCaw, a Middletown resident and 2001 graduate of Wesleyan University, was the budget chief for the city of Hartford before Lamont tapped her at the start of her term in early 2019.

She had an unusual tenure as head of the state budget for two reasons. First, she rarely speaks with reporters in a job where several of her predecessors spoke with multiple members of the media daily. And second, it has presided over balanced budgets that have been less criticized by politicians than tax-and-spend plans in the recent past.

Jamel Gordon CFP® explains how you can build wealth while