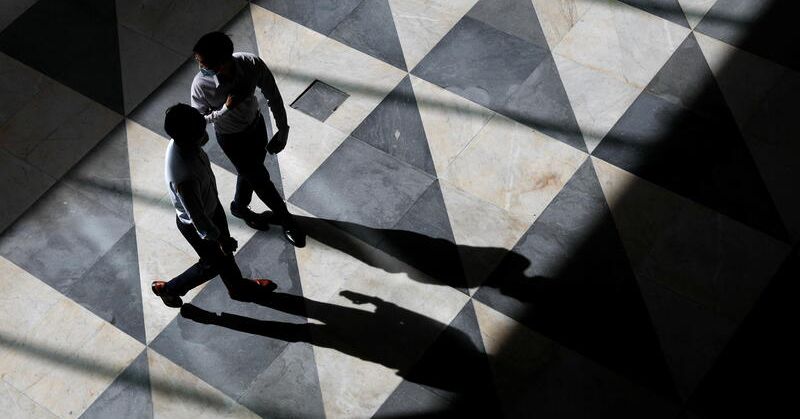 Innovations in Practice: Ownership of Law Firms by Non-Lawyers — Are the Winds of Change Blowing Rule 5.4?

Under Section 5.4 of the Lawyers Professional Conduct Rule, law firms are not permitted to offer ownership or other investment/revenue sharing opportunities to non-lawyers. However, some recent developments in several states offer the possibility that these longstanding restrictions may be reduced, creating the potential for dramatic changes in the way litigation is funded and managed.

First published in 1983, American Bar Association (“ABA”) Model Rule 5.4, subsection (a), states in relevant part: “[A] the lawyer or law firm shall not share legal costs with a non-lawyer…”, while paragraph (b) states: “A lawyer shall not form a partnership with a non-lawyer if the one of the activities of the partnership is the practice of law”. At the time the ABA Rule was finalized – and versions of the rule adopted by state bar associations, these and other restrictions in Rule 5.4 were considered essential to maintaining the independence of lawyers in their advice. and prevent the possibility that non-lawyer owners may prioritize profits over duties to clients.

Once adopted by state bar associations, the restrictions in Rule 5.4 were almost immediately challenged by several law firms who argued that the rule prevented them from investing non-lawyers and prevented them from fully representing clients. face larger and better-funded adversaries. Others have argued that preventing law firms from expanding into ancillary practices run and partially owned by non-lawyers limits opportunities for law firms to provide full services – and charge fees. inferior to customers due to multiple sources of income. Still others argued that Rule 5.4 prevented commercial legal clinics (as opposed to law school-sponsored legal clinics) from offering low-cost legal services, thereby reducing equal access to the justice system. . None of these arguments were successful, and for many years the District of Columbia was the only jurisdiction in the country where it was possible, in limited circumstances, for attorneys to split fees with non-attorneys. and for non-lawyers (for example., lobbyists) to hold limited stakes in law firms.

Movement in the States

In the past few years, however, two states have revised their localized versions of Rule 5.4 and are trying new approaches. In August 2020, the Utah Bar created a pilot project that allowed non-attorney-owned entities to apply to the state Office of Legal Services Innovation for a license to offer legal services. In March 2022, 31 organizations were approved to provide a wide range of services covering business law, immigration, divorce and personal injury, and the pilot project was extended from two to seven years. Additionally, in August 2020, the Arizona Bar eliminated its Rule 5.4 entirely, creating a new licensing requirement for Alternative business structures (“ABS”) that are partly owned by non-lawyers but provide legal services. Every ABS, however, must include at least one attorney to serve as a compliance advisor.

Other states have taken more modest steps that stop short of nonlawyer ownership interests in law firms. For example, on February 18, 2021, the California Supreme Court approved an amendment to its Rule 5.4 that allowed for greater cost sharing with non-attorney-owned nonprofits that qualify as nonprofit organizations. nonprofit under IRS Rule 501(c)(3). The rule, however, does not allow ownership of law firms by non-lawyers or allow the nonprofit to be directly involved in decision-making in matters in which it does not. is not a customer. Similarly, in Massachusetts, a law firm may share fees with a “qualified legal assistance organization” if the terms of the fee sharing are fully disclosed and approved by the client. In Georgia, lawyers can work with – and share fees with – law firms and legal organizations in other jurisdictions, even if those other entities do not own a lawyer, in accordance with the rules of the other jurisdiction.

It is important to note that most other jurisdictions in the United States are not currently following the example of Utah and Arizona, although their prosecutors and courts are grappling with the issue. Indeed, some jurisdictions remain explicitly opposed to the opening of this door. In Florida, on November 8, 2021, the Florida Bar Board of Governors unanimously (46-0) opposed a list of proposed amendments to its Rule 5.4 that would, among other things, have permitted minority ownership in law firms by non-law firms. employees and allow fees to be shared with non-lawyers. Last March, the Florida Supreme Court accepted this position and let the current Rule 5.4 remain in effect.

The ABA, which drafted the first model rules of conduct, takes a similar position. After extensive debate at its February 2020 meeting, including discussion of whether to modify Rule 5.4, the ABA House of Delegates passed Resolution 115, which encouraged innovative approaches to increase access to justice – provided that these approaches do not violate ABA Model Rule 5.4 as currently written.

It is clear that the competition is approaching, with or without modification of rule 5.4. Many of the nation’s largest accounting firms, which are not bound by the state bar’s rules of professional conduct, have added new lines of services – such as managing fact-finding, execution of document review, etc. – which compete directly with the traditional services of law firms. The fact that these new services are successful — and profitable — shows that clients at all levels are interested in cost-effective ways to develop and resolve their legal disputes.

The debate over the most cost-effective ways to increase access to legal services will continue to fuel conversations about non-lawyer ownership of law firms. Online providers of legal forms and adjacent legal services – such as Rocket Lawyer and LegalZoom – are already bringing considerable innovation to legal services, offering the services needed by many ordinary citizens who may not have the means to afford a full-service law firm. The success of accounting firms in providing litigation discovery management services also underscores that change in the legal industry can happen at any level. The debate over the future of Rule 5.4 is almost certainly just beginning.

Conrad is the founder of efficientEDD, an independent consulting firm focused on technology and its intersection with law, and an attorney and consultant who provides technology and eDiscovery advice to a wide range of clients. A technologist before entering the practice of law, Conrad’s extensive knowledge of IT operations gives him both vocabulary and background knowledge to communicate effectively with technical and legal professionals, ensuring that the important nuances are correctly transmitted in both directions. During his legal career, he has assisted pharmaceutical manufacturers, oil companies, internet-based companies and numerous law firms with transactional, intellectual property and litigation matters. This article represents the personal views of Mr. Jacoby and does not constitute an official position held by any of Mr. Jacoby’s clients or employers.