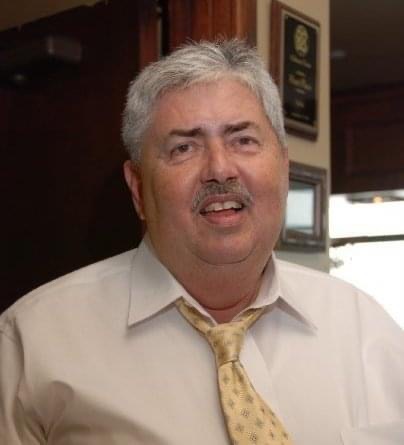 Frank Eugene Virga, 72, of Americus, GA, died Feb. 21, 2022, at Phoebe Putney Hospital in Albany, GA, as he was unable to overcome a month-long battle against the coronavirus. Her funeral and celebration of life will be held at St. Therese Catholic Church at 421 Edgewood Lane in Albany, Georgia on Saturday, May 21, 2022 at 11:30 a.m. ET. We, the Virga family, hope you can attend the service and look forward to seeing you. If you have any memories, words or photos that you would like to share, you can post them here: https://www.kimbrellstern.com/m/obituaries/Frank-Virga/Memories . We love you and thank you all again. Frank was born on August 11, 1949 to Vincent Virga and Virginia Scoggins in Birmingham, AL. Frank’s life was heavily influenced by his grandmother Providenza and aunt Lucy Virga and grandparents Homer and Bessie Scoggins. After graduating from Glenn High School in 1967, he continued his studies in business administration at Jefferson State Junior College in Birmingham. After graduating, Frank enlisted in the United States Marine Core in 1969. After his time in the Marine Core, the young entrepreneur moved to Americus, GA and purchased an Italian restaurant, “Pasquale’s Pizza & Pasta”. It was at Pasquale’s that Frank met his future wife, Janice Marcelle Freeman of Sasser, GA and the two were married on August 31, 1974 at Saint Mary’s Catholic Church in Americus. The couple went on to have their first son, Vincent Anthony Virga (Tony) on May 5, 1975. And in 1978, the couple welcomed their second son, Frank Nickolas Virga on August 25, 1978. Frank successfully owned and operated Pasquale’s for three decades becoming a pillar in the community. Frank reflected on the years he and his family spent at Americus and running Pasquale saying, “I spent the majority of my years at Americus at Pasquale’s Pizza on Tripp Street and then downtown on Lamar Street. I have seen three generations grow up in business and have made many friends and friendships. The best years of my life have been serving the people and friends of Americas and Sumter County. I have served President Jimmy Carter and his family many times by hosting family birthday parties for their children and his brother Billy. In 1998, Frank moved on from the long part of his restaurant life and continued his education by pursuing his bachelor’s degree in accounting at Georgia Southwestern State University in Americus, Georgia, where he graduated with honors in 2011. After graduating, Frank pursued his second career in accounting and bookkeeping, which soon led to a 20-year tenure with H&R Block in Albany, GA and surrounding areas. Even though Frank was a career man, he was definitely a family man and had many friends. Frank was a devout Roman Catholic and spent most of his life as a devoted member of Saint Mary’s Catholic Church in Americus, GA, and later at Saint Teresa’s Catholic Church in Albany, GA. Frank enjoyed and participated in sports throughout his youth and always proudly said “Roll Tide”. Frank was one of six siblings, including his recently deceased older brother, Sammy Joseph Virga. Frank is survived by his three younger brothers, Vincent Anthony Virga II, Gerard Matthews Virga, his younger brother Michael Jeffrey Virga and his younger sister Mary Kathryn Virga-Manning. Frank was a much loved and loving ‘Uncle Frank’ to his many nieces and nephews and their children. Frank’s youngest son, Nick, died on December 2, 2004. His eldest son, Tony, is married to Jessa Lee Jeremiah and they have Frank’s two granddaughters, Primlee Nickole Virga (7) and Paislee Barrett Virga ( 5). Frank’s love for his family and especially his granddaughters was evident to everyone he met. Frank was a good friend to anyone who called him a friend. He didn’t really see any color, black, white, red or blue. Frank did not fear his life after this because he trusted our only savior Jesus Christ to meet him and his loved ones who passed before him in heaven. Frank, we all love you and will miss you.

A new accounting scandal in China is flying under the radar. And where there is smoke…