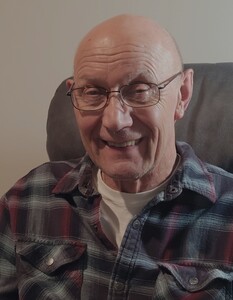 Delvin E. Grund, 82 of Mankato, passed away peacefully on Wednesday, August 17, 2022.
Memorial services will be held on Tuesday, August 23, 2022 at 11 a.m. at Woodland Hills Chapel in Mankato, with Fr. John Kunz officiating, with military honors immediately following services at Woodland Hills Chapel. Interment will take place at Fort Snelling National Cemetery at a later date.
The Grund family will host friends on Tuesday morning for an hour before services at Woodland Hills Chapel. Woodland Hills Funeral Home in Mankato is making arrangements.
Del was born August 12, 1940 to Edward and Susan (Johnson) Grund in Springfield, MN. He grew up in Comfrey, MN, excelling in both basketball and athletics. He graduated from high school in 1958. He served in the Air Force and was stationed in Turkey. Del played basketball for the Air Force, traveling to other European countries to play against other military teams. He was honorably discharged in October 1962 and enrolled at Mankato State University, studying accounting. Del met the love of his life Eileen Treml and proposed 3 weeks later. They were married on November 7, 1964 and made their home in Madelia, MN. Del was a member of the Madelia American Legion and served as a post commander in the past. He enjoyed playing basketball, golf, bowling and deer hunting. Del enjoyed spending time with her grandchildren, often traveling to attend their sporting events and concerts.
Del is survived by his wife, Eileen of Mankato; children, Cassandra (Anthony) Capobianco of Helotes, TX, Sherry (John) Rapking of St. Peter, MN, Linette (Herb) Fitzpatrick of Eyota, MN; grandchildren, Taylor, Payton and Anthony Capobianco, Eric Aspelund, Jacquelyn, James and Michael Lovett; step-grandchildren, Sarah, Christopher, Nathan and Quinn Rapking.
He is preceded in death by his mother; infant son; granddaughter, Andrea Aspelund; siblings, Donna Goeman, Delores Cogley and Dale Grund.

A bull market is coming: 2 high-conviction growth stocks to buy now and hold

Editorial: A $161 Million Lesson on Why You Need a Game Plan