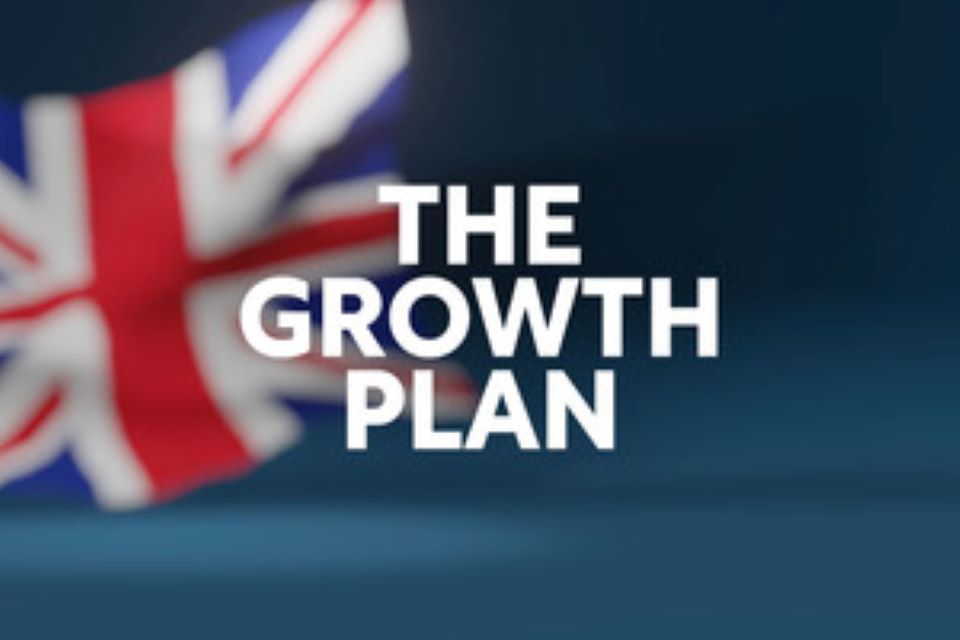 On Friday September 23, the Chancellor unveiled his growth plan to unlock the huge potential of the UK economy, fight inflation and deliver higher productivity and wages.

Stamp duty cuts in England and Northern Ireland will also see the Welsh government receive around £70m over the three-year 2021 spending review period.

Stimulating economic growth will allow stable funding for public services, higher wages and greater opportunities for the whole of the UK.

Economic growth is not an academic term unrelated to the real world. This means more jobs, higher wages and more money to fund public services. It won’t happen overnight, but the tax cuts and reforms I announced today – the biggest package in generations – send a clear signal that growth is our priority.

We want businesses in Wales to keep more of their own money to invest, innovate and grow. Our income tax and National Insurance cuts will mean hundreds of pounds more a year in the pockets of over a million workers in Wales.

And our Energy Bill Relief Scheme protects thousands of businesses across Wales from rising energy costs through discounts on wholesale gas and electricity prices.

Our Growth Plan puts the whole of the UK on a path to growth, building on our Union’s fiscal strength and unlocking this country’s huge potential.

Today’s bold steps put economic growth at the heart of our plans for Wales and the UK.

The UK government has already pledged to protect Welsh households and businesses from rising prices through the Energy Bill Relief Scheme. But a healthy and growing economy is the best long-term solution to the enormous financial pressures facing the entire country.

By boosting investment, cutting taxes and supporting businesses, the UK government will attract more people into well-paying jobs, allow workers to keep more of their hard-earned money and revive the Welsh economy.

Presenting the first steps towards growth today, Kwasi Kwarteng revealed major tax reforms to allow businesses to keep more of their own money, encourage investment, boost productivity and create jobs. The new measures include reversing the planned rise in corporation tax, keeping it the lowest in the G20 at 19%, and reversing the 1.25% rise in national insurance contributions, a change that will save 920,000 UK businesses almost £10,000 on average next year and 1.2% million people in Wales on average £235 a year.

The Chancellor also outlined plans to tackle the biggest drag on growth – the high cost of energy driven by Vladimir Putin’s invasion of Ukraine, which drove up inflation. To address this, the Government’s Energy Price Guarantee will save the typical household £1,000 a year on their energy bill and halve the cost of business energy bills, reducing the peak of inflation by about 5 percentage points.

It has also been confirmed that the UK government will seek to work with the Welsh government and local authorities to set up investment zones in specific sites across the UK. Each investment zone will offer generous, targeted and time-limited corporate tax cuts and liberalized planning rules to free up more land for residential and commercial development. These will be poles of growth, encouraging investment in new shopping malls, restaurants, apartments and offices, and creating thriving new communities.

Revealing further tax reforms, Kwasi Kwarteng outlined sector-specific support for pubs and hospitality, freezing alcohol duties for another year. Reforms to modernize alcohol taxes will also be continued. The new business support measures come on top of the government’s energy bill relief program allowing businesses to cap unit costs, which will protect them from soaring energy costs this winter by offering a discount on wholesale prices gas and electricity.

The Chancellor also reiterated the important principle that people keep more of what they earn, encouraging work and enterprise. He announced a 1 pence cut in the basic rate of income tax a year ahead of schedule. From April 2023, the basic rate of income tax will be reduced to 19% and will mean that over 31 million people will be better off by an average of £170 a year. Alongside the reduction in the basic rate of income tax, the Chancellor has also abolished the additional tax rate, with effect from April 2023. In its place there will be a single rate of tax on the higher income of 40%. The move is designed to attract the best and brightest to the UK workforce, helping businesses innovate and grow.

The Chancellor also announced further relief for businesses by making the £1million annual investment allowance permanent, rather than letting it revert to £200,000 in March 2023. This means businesses will be able to deduct 100% of the cost of eligible plant and machinery in the first year.

New measures have also been announced to help low-income people get more and better paid work. Universal Credit applicants who earn less than the equivalent of 15 hours per week at the National Living Wage will need to meet regularly with their work coach and take active steps to increase their income or face a reduction in their benefits. This change is expected to bring an additional 120,000 people into the more intensive job search regime.

Job seekers over the age of 50 will also benefit from additional time with work coaches from Pôle Emploi, to help them return to the labor market. Growing economic inactivity among the over-50s is contributing to labor market shortages, driving up inflation and limiting growth. A return to pre-pandemic labor force participation rates among the over-50s could push up the level of GDP by 0.5 to 1 percentage point.

During the 2021 three-year spending review period, the Welsh Government is set to receive around £70m of additional funding following changes to the Stamp Duty Property Tax.