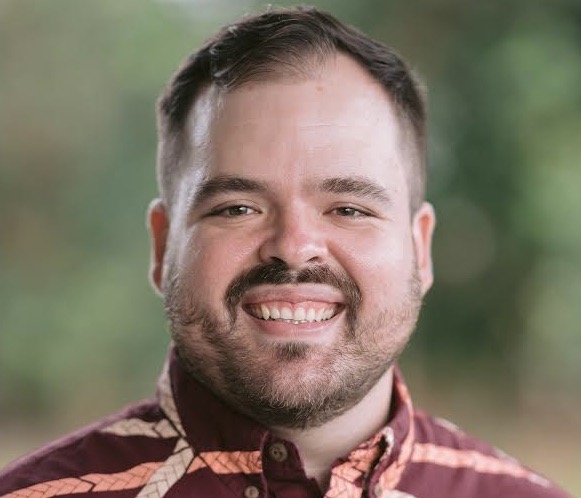 Editor’s Note: For the August 13 primary elections in Hawaii, Civil Beat asked candidates to answer a few questions about where they stand on various issues and what their priorities would be if elected.

See Civil Beat’s election guide for general information and learn about the other candidates in the primary ballot.

1. What is the biggest problem facing your district and what would you do about it?

Like much of the state, East Hawaii faces an accessibility crisis. For the past six years, I have done everything in my power to fix this problem at the State Capitol. When I entered the Legislature, Hawaii was ranked 49th out of 50 states for the tax burden imposed on working-class families. While there’s still a lot of work to do, our state now has the fourth most progressive income tax code in the nation.

Going forward, I will continue to advocate for local families in any way I can, including working to expand early childhood education, easing the tax burden on our poorest residents, investing in our public schools and working to reduce the impact of GET on essential goods and services.

2. Many people have been talking about diversifying the local economy for many years now, and yet Hawaii still relies heavily on tourism. What, if anything, should be done differently regarding tourism and the economy?

In the wake of the Covid-19 pandemic, the conversation around tourism has shifted from growth to management/mitigation. I believe our goal for the tourism industry should be to maximize value for local residents while minimizing impact on daily life and our natural resources.

We need to do more to keep tourism dollars here in our state and reduce the percentage of revenue that ends up being exported to big business interests and shareholders.

Beyond that, there is no silver bullet to diversify our economy. Instead of trying to find a specific industry to supplant tourism, the state should take a comprehensive approach to supporting emerging industries, reducing our dependence on foreign products, and doing more to ensure that we reverse the “brain drain”. It all starts with our education system, which is underutilized as a means of building our future economy.

3. An estimated 60% of Hawaii residents are struggling, a problem that goes well beyond low income and into the disappearing middle class. What ideas do you have for helping middle class and working class families struggling to continue living here?

Since I entered the Legislative Assembly, we have made progress on Capitol Hill in shifting the tax burden from the working class to tourists and our wealthiest residents. We must continue this movement in a sustainable way by reducing our government’s reliance on the GET and the fuel tax, which disproportionately impact low- and middle-income families.

Beyond that, we must continue the Legislative Assembly’s recent commitment to affordable housing and do more to discourage foreign investment and speculation in our real estate market.

4. Hawaii has the most lopsided legislature in the country, with only one Republican in the Senate and just four in the House. How would you ensure there is an open exchange of ideas, transparency and accountability of decisions? What do you see as the consequences of single-party control, and how would you address them?

We can do much more in government to create an atmosphere of trust, openness and accountability. This year, I supported the creation of an independent task force to make future recommendations to the Legislative Assembly to address these issues.

In addition to this short-term process, we should go further and ensure that there is a comparable body that makes periodic suggestions. In the state legislature, in particular, too much is happening behind closed doors, and we would be better served by having more public decision-making. The exchange of ideas is there, but it rarely happens in plain sight.

5. Hawaii is the only western state without a statewide citizens’ initiative process. Do you support such a process?

I support a citizens’ initiative process. There are many issues that the legislature has avoided due to political concerns that would be better decided by a more directly democratic approach.

The voting public deserves the opportunity to make decisions on critical issues such as cannabis and gambling regulations, or on hot topics that the Legislative Assembly has proven unwilling or unable to address.

6. Thanks to their campaign war chests and name familiarity, incumbents are almost always re-elected in legislative races in Hawaii. Should there be term limits for state legislators, like there are for the governor’s office and county councils? Why or why not?

I am open to the idea of ​​term limits and support capping “war chests” to reduce incumbent advantage. Term limits are not a panacea, and I don’t believe there is a direct correlation between term limits and government effectiveness. Yet we should do all we can to restore public trust in government, and term limits can be one way to do that.

Moreover, I believe that we should fully implement preferential voting for all local and national elections to encourage more people to run for public office.

7. Hawaii has recently experienced a number of significant corruption scandals, prompting the state’s House of Representatives to appoint a commission to improve government transparency through ethics and lobbying reforms. What will you do to ensure accountability in the Legislative Assembly? Are you open to ideas such as requiring enforcement of the Sunshine Law and open documents laws in the Legislative Assembly or banning campaign contributions during the session?

I will support all of the commission’s constructive recommendations, and I believe we can do much more to ensure accountability and transparency in government. I believe that many Sunshine Law principles should be applied to the Legislative Assembly and there are several simple changes that would go a long way in restoring trust.

I have no problem banning campaign contributions during the legislative session, but don’t think that would accomplish a ton. Instead, there should be greater transparency around campaign finance and less power for individual lawmakers to decide whether a bill passes or defeats.

8. How would you make the legislature more transparent and accessible to the public? Opening of conference committees to the public? Stricter disclosure requirements on lobbying and lobbyists? How could the Legislature change its own internal rules to be more open?

One of the main obstacles to transparency and access is the short legislative timetable associated with the introduction of too many bills and resolutions. With a busy schedule, there is not enough time for public comment and process. If the legislative session were extended by a month or if tighter caps were placed on the introduction of frequently redundant legislation, that would help clean things up and potentially allow for greater public input and notification.

Recently I saw the suggestion that any legislation introduced with a majority signatory body should receive at least a public hearing with a vote – this seems like a common sense tweak that could do some good.

9. Hawaii has seen growing division on politics, development, health mandates and other issues. What would you do to bridge these gaps and bring people together despite their differences?

While these divisions are real, they are also magnified due to social media. When people talk face to face, it’s usually with respect and aloha. It’s not possible to get everyone to agree on the multitude of issues facing our community, but having these discussions in person is more meaningful and productive than doing it online.

In six sessions at the State House, I don’t recall ever having an adversarial conversation with a constituent. It’s much harder to vilify someone if you’ve met them and shared your thoughts and concerns one-on-one.

10. The coronavirus pandemic has exposed many flaws in Hawaii’s structure and systems, ranging from outdated technology to economic disparity. If you could take this moment to reinvent Hawaii, to build on what we’ve learned and create a better state, a better way of doing things, what would you do? Please share a great idea you have for Hawaii. Be innovative, but be specific.

Much of what is wrong with our state can be traced back to the original sin of the overthrow of the Hawaiian Kingdom and the subsequent domination of the sugar cane plantations. While it is not possible to right these many wrongs, restoring the self-determination of the Hawaiian people is a necessary step to healing and empowerment.

Additionally, Hawaii’s tax code has been fundamentally violated since its inception. Our state has the lowest property tax rates in the nation while having the highest state taxes, which has created a paradigm of real estate speculation, land banking, and overtaxing working-class families through the GET. We need complex legislation to shift the tax burden from our low and middle income residents and ensure that big business and foreign investors are deterred from competing with locals for housing and farming.

Sign up for our FREE morning newsletter and face more informed every day.