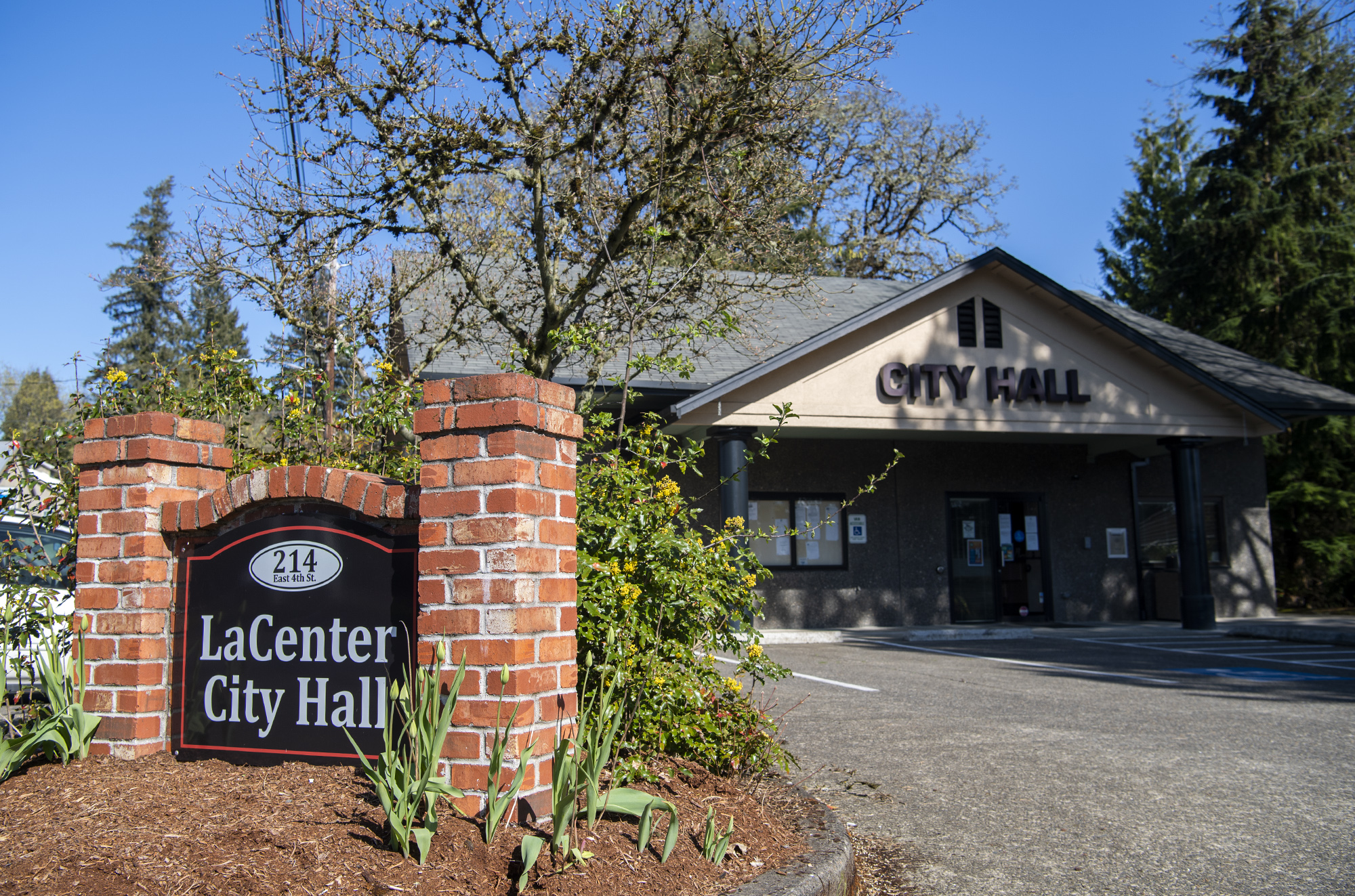 3 holders, 3 challengers vying for the City Council of La Center

At La Center, voters will choose between three incumbents and three challengers for city council seats. Whether the city should continue to operate its own police force or contract with the Clark County Sheriff’s Office for services is a paramount question.

Justin Keeler, librarian at FVRLibraries, was recently appointed to the vacant seat in Position 1, making him the incumbent against challenger Melissa Fox, who owns a tutoring business.

The candidates disagree somewhat on policing services. Keeler wrote in response to a Colombian questionnaire that while it would be ideal for La Center to continue funding its own police department, a contract with the sheriff could allow the city to quickly restore a visible police presence. If the city is ultimately able to recoup the lost revenue due to declining tax revenues from gambling halls, then he thinks it should bring back its own police force.

Fox said she believes the city can continue funding its own police if the council prioritizes it and stops spending money on development consultants and other projects, such as buying the city. old TDS Telecom building for a new town hall. â€œI don’t think we should use the limited capacity of the OHCC to meet our community policing needs,â€ she wrote. “I don’t think they have the resources to effectively support The Center.”

Keeler sees growth at La Center’s junction with Interstate 5 helping bolster the city’s tax revenues, which have fallen as business in the two remaining card rooms declined due to the pandemic and the growth of the ilani of the Cowlitz tribe. He also wants to improve the city’s relationship with the Cowlitz tribe and see if there are ways to coordinate development on both sides of the highway.

Fox agrees the junction is La Centre’s best economic opportunity and believes a small grocery store could be added to the list of projects, which already includes a hotel, fast food restaurants and a convenience store. â€œOur board needs to focus on promoting the relationship with the Cowlitz Tribe, as it is to our advantage,â€ she wrote.

Dennis Hill, a businessman and former La Center planning commissioner, was appointed to position 2 headquarters last year and is being challenged by KC Kasberg, a member of the leadership team of the Sheriff’s Office of the Clark County.

â€œKeeping our city safe is high on my priority list. I also want to make sure that our city’s infrastructure is maintained and that city services are also aligned with our growing community, â€Hill wrote.

Kasberg wrote: â€œThe citizens are not satisfied with the leadership of the city. Someone has to run for these positions or nothing will change. I can help make this change.

Neither candidate sees a stand-alone police department as a viable option for La Center, at least for the foreseeable future. “With all the latest police bills passed by the state legislature, the cost of having your own police force with our limited budget is really not achievable,” Hill wrote.

“I don’t think there is any other option” than to contract with the sheriff’s office, Kasberg wrote.

Both candidates favor development at the junction, with Hill writing that he “sees no downside.”

TR â€œRandyâ€ Williams has served on City Council since 2010 and considers his experience and institutional knowledge to be a strong point. â€œLa Center City Council needs members who have experienced the issues the city has faced over the years and who understand the direction the city is taking and how to keep that momentum going,â€ he wrote.

Challenger Sean Boyle disagrees, writing that “the status quo is no longer acceptable” in city government.

Boyle argues the city needs to cut other spending and maintain its own police department. â€œWe cannot expect a high level of public safety in our city without one,â€ he wrote.

Williams wrote that residents want a police presence, whether from the sheriff or an increased police force from La Center. â€œThe CCSO option would be faster,â€ he wrote. â€œAnother option would be a hybrid plan with LCPD patrols during the day and CCSO or other agency patrols after hours. “

As both candidates favor development at the junction, Williams would like to see the area south of La Center Road develop into campus-style business parks. He also noted that the accommodation tax charged to guests of the planned hotel creates a dedicated tourism promotion fund, which La Center never had. He believes the income from tourism could help develop the city.

Hope Martinez of The Columbian provided research assistance for this report.